This much-used cookbook needed repair. It is a trade case binding where, as often happens, the boards part with the spine. Paper repairs were made and a new spine of matching cloth was incorporated into a new case re-using the original boards. A hollow using strong Japanese paper was added for additional strength. The original spine piece was attached to the new spine. 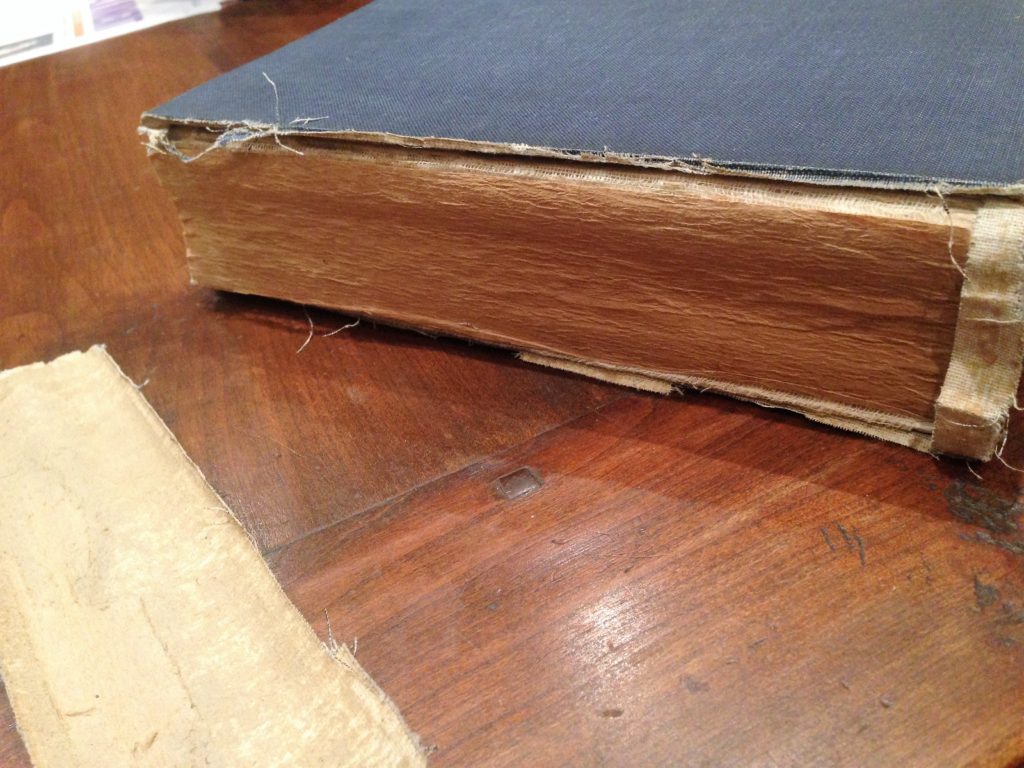 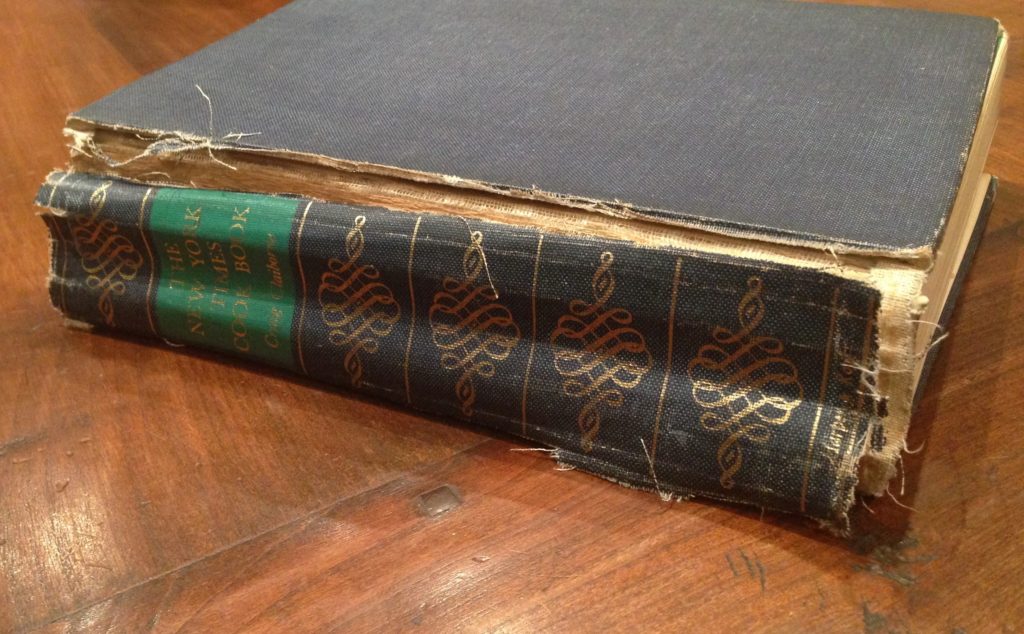 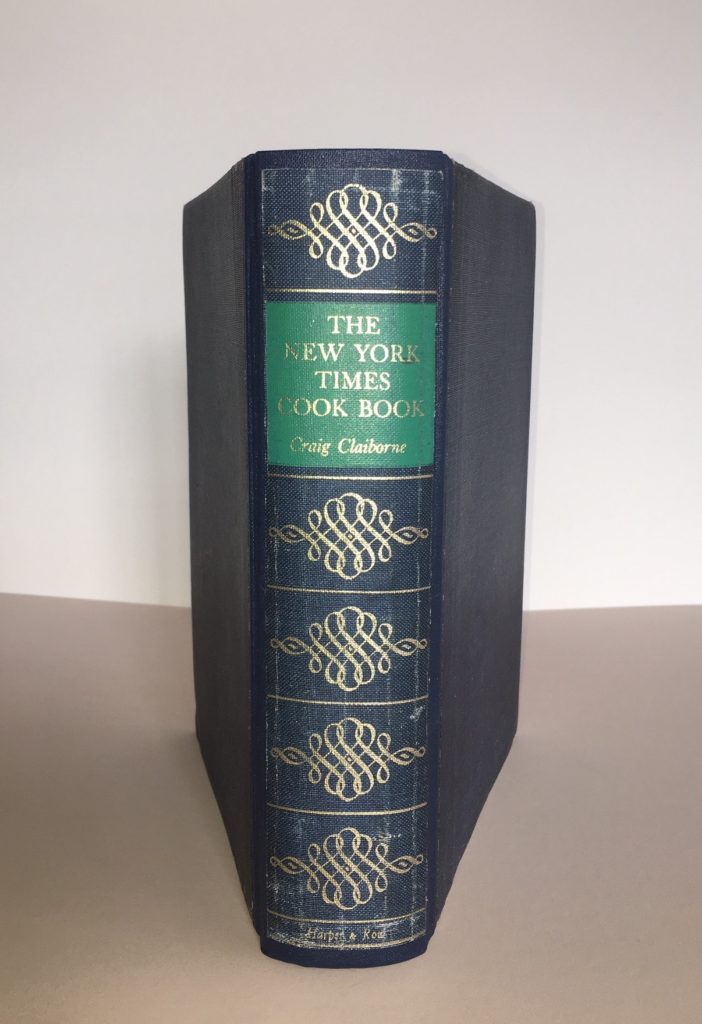 The New York Times Cookbook: after repair. A new case was made using navy blue buckram for the spine and re-using the original boards. The book was cased in and the original cloth spine containing the title and decoration was glued to the new spine. 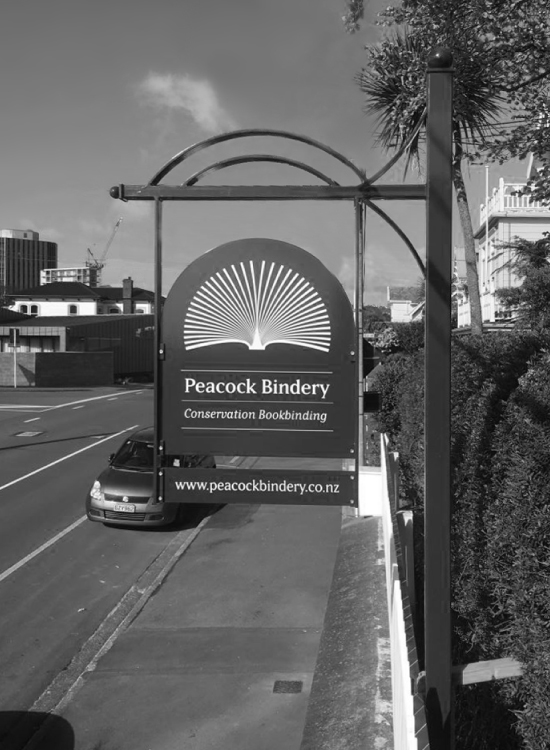